Navigating To The Far Side Poses A Unique Communications Challenge

The rover touched the lunar surface at 10:22pm ( local time ) on Thursday, leaving a trace on the soft, snow-like surface.

After reaching a predetermined point, the Yutu-2 rover has entered a standby mode to protect itself from temperatures reaching toward 200 degrees Celsius the China Lunar Exploration Program under the China National Space Administration ( CNSA ) announced.

The pioneering achievement is another demonstration of China’s ambitions to be a space power. Since the moon’s revolution cycle is the same as its rotation cycle, the same side always faces the Earth. 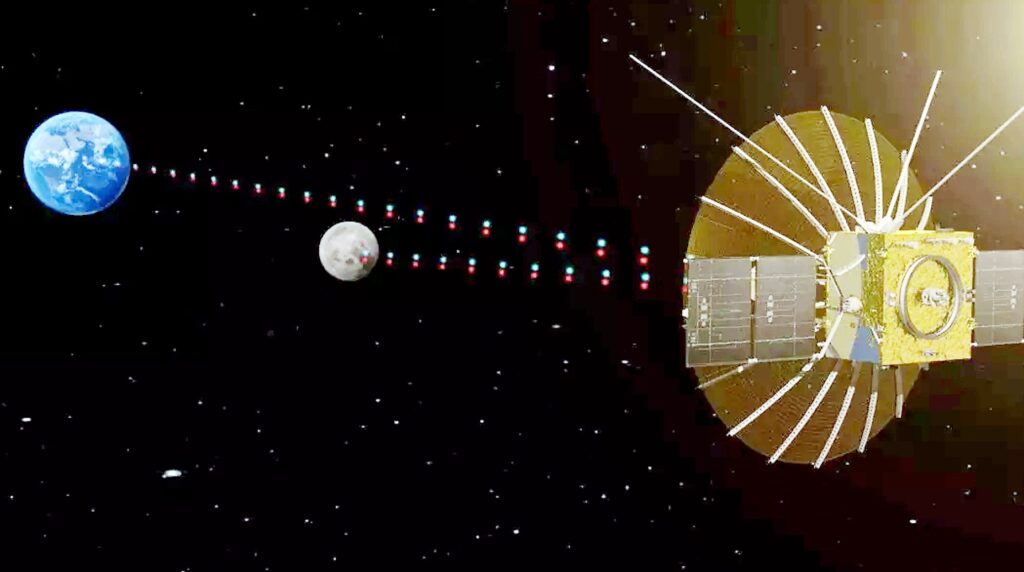 Flying high: The Queqiao satellite will communicate between Earth and a lander that will be places on the far side of the Moon later this year (Courtesy: China Aerospace Science and Technology Corporation)

The country’s first lunar probe, Chang’e-1, was launched in 2007. Chang’e 4 sent back the first photo of the lunar surface a few hours later, via the relay satellite Queqiao ( Magpie Bridge ), according to the state – run China Global Television Network.

The Chang’e-4 mission will be a key step in revealing the mysterious far side of the moon. Scientists believe the special electromagnetic environment and geological features on the far side of the moon will be suitable for low-frequency radio astronomical observation and research into lunar substances composition.

Image Credits: China’s lunar rover leaves wheel marks after leaving the lander that touched down on the surface of the far side of the moon. (China National Space Administration/Xinhua News Agency via AP)