We are hybrid individuals who must sympathize with the two worlds we are trying to bridge: scientists whispering the exacting language of academe behind paywalled journals; and the media shouting headlines at the speed of thought over Facebook and Twitter. It’s a little schizophrenic, I’ll admit.
George D. Cronk 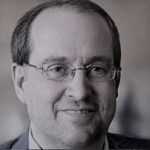 George D. Cronk – Providence, RI,  gcronk @sci360_org
Author, Management.
Science writers have the challenging and important task of taking difficult scientific concepts and making them both interesting and accessible to readers. Most science writers approach the job from either sphere, first training as scientists before switching over to writing as I did, or training as a journalist before specializing in the science beat. When I first started out, I used to err on the side of the scientist, going into exhaustive detail about the methodology and minutiae of every study. 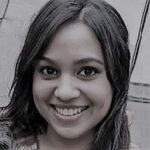 Gabriela Santos Martins – Portland, WA, gmartins @sci360_org
Author.
It’s important to point out that moving towards the needs of the readers is not to compromise the interests of the scientists, one big reason why many scientists shy away from speaking to the media. Rather than thinking of scientists and the media as two diametrically opposed poles, I find it more helpful to think of each group as having differing priorities: the scientists want to be represented accurately, while the media wants stories that are newsworthy. Both priorities can be addressed if a writer is sensitive to them. This is where writing for the reader comes in. 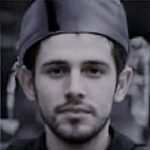 Steffen Kohl – Reynolds Hill, FL, steffenkohl @sci360_org
Author.
Science writers need to advocate for their readers, questioning the scientists (who are often publicly funded) to explain exactly why their research is worth doing. But at the same time, we also need to respect our readers, trusting that we will not need to resort to deceptive, sensationalist headlines to get eyeballs. 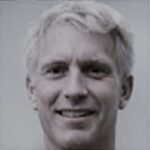 Lukas Norberg – Paducah, KY, lukasnorb @sci360_org
Author.
As a science writer, I believe that my primary responsibility is to the reader; not the scientist, lest the piece becomes little more than a press release, and not the media, which can sometimes be hungry for clickbait.