A new catalyst could dramatically decrease the cost of producing hydrogen, one of the cleanest renewable fuels. Many fuel cells require expensive platinum-based catalysts substances that initiate and speed up chemical reactions – to help convert renewable fuels into electrical energy. To make hydrogen fuel cells commercially viable, scientists are searching for more affordable catalysts that provide the same efficiency as pure platinum. 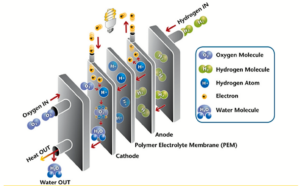 Like a battery, hydrogen fuel cells convert stored chemical energy into electricity. The researchers teamed up with scientists at Brookhaven National Laboratory to access the National Synchrotron Light Source II, a U. S. Department of Energy ( DOE ) Office of Science user facility, to reveal how the new materials perform so well in this process. Taking part in this worldwide search for fuel cell cathode materials, researchers at the University of Akron developed a new method of synthesizing catalysts from a combination of metals-platinum and nickel – that form octahedral ( eight-sided ) shaped nanoparticles. While scientists have identified this catalyst as one of the most efficient replacements for pure platinum, they have not fully understood why it grows in an octahedral shape. To better understand the growth process, the researchers at the University of Akron collaborated with multiple institutions, including Brookhaven and its NSLS-II. The cutting-edge techniques at Brookhaven National Lab were of great help to study this research topic.

Their findings are published in Nature Communications. In the final stages of growth, the surface becomes roughly an equal mixture of the two metals. “The nice thing about these findings is that nickel is a cheap material, whereas platinum is expensive” , said Adrian Hunt, a scientist at the National Synchrotron Light Source II (NSLS-II), a U. S. Department of Energy (DOE) Office of Science User Facility at DOE’s Brookhaven National Laboratory.

We have achieved more insight into shape control of catalyst nanoparticles, said Zhenmeng Peng, principal investigator of the catalysis lab at the University of Akron. Our next step is to study catalytic properties of the faceted nanoparticles to understand the structure-property correlation.

This research was funded by DOE’s Office of Science. In a new study, Argonne scientists have created small regions of magnetic defects. When electromagnetic plane waves interact with these defects, they are converted into helical waves, which encode more information for further materials studies. Scientists at Oak Ridge National Laboratory have created a recipe for a renewable 3D printing feedstock that could spur a profitable new use for an intractable byproduct: lignin.

A team of scientists has for the first time measured the elusive weak interaction between protons and neutrons in the nucleus of an atom. Through a unique neutron experiment at Oak Ridge National Laboratory, experimental physicists resolved the weak force between the particles at the atom’s core, predicted in the Standard Model that describes the elementary particles and their interactions. A discovery by researchers at the U. S. Department of Energy’s Lawrence Berkeley National Laboratory and the Joint Center for Artificial Photosynthesis shows that recycling carbon dioxide into valuable chemicals and fuels can be economical and efficient – all through a single copper catalyst. 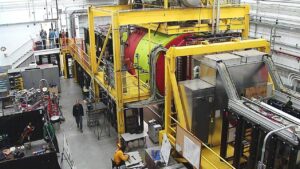 An experiment that aims to gain new insight into the force that binds all matter together has recently completed its first phase of data collection. The Gluonic Excitations Experiment, or GlueX, is designed to produce and study hybrid mesons, which are particles that are built of the same stuff as ordinary protons and neutrons: quarks bound together by the “glue” of the strong force. But unlike ordinary mesons, the glue in hybrid mesons behaves differently by actively contributing to the particles’ properties.

The U. S. Department of Energy has approved the technical scope, cost estimate and plan of work for an upgrade of the Advanced Photon Source, a major storage-ring X-ray source at Argonne. William Studier, a Senior Biophysicist Emeritus at the U. S. Department of Energy’s Brookhaven National Laboratory and Adjunct Professor of Biochemistry at Stony Brook University, has been elected as a Fellow of the National Academy of Inventors ( NAI ). He is among 148 renowned academic inventors being recognized by NAI for 2018. A grant from DOE’s Technology Commercialization Fund will help researchers at Argonne and industry partners seek improvements to U. S. manufacturing by making discovery and design of new materials more efficient. It was also funded by the National Science Foundation’s Division of Chemistry.

SOFCs are known for their versatility in fuels they can use. In our method, the catalyst is deposited on nanoparticles. The new material “has the best reduction performance of any nonplatinum catalyst” , said Shaojun Guo, postdoctoral researcher in Sun’s lab and lead author of a paper published today in the journal Angewandte Chemie International Edition. A few researchers, including Sun and Guo, have developed new catalysts that reduce the amount of platinum required, but an effective catalyst that uses no platinum at all remains elusive. Often, graphene nanoparticle materials are made by growing nanoparticles directly on the graphene surface. Now, researchers say the metal could advance one of the most promising sources of renewable energy: hydrogen fuel cells.

In a study published today ( Oct. 29, 2018 ) in the journal Nature Catalysis, a University at Buffalo – led research team reports on catalysts made from the widely available and inexpensive metal.

We haven’t been able to advance a large-scale hydrogen economy because of this issue involving catalysts. They did this at temperatures hovering close to absolute zero and under a very strong magnetic field, up to 300,000 times greater than Earth’s magnetic field. 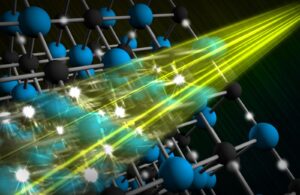 To do this the researchers made use of the world’s first X-ray laser situated in the SLAC National Accelerator Laboratory. In her research, they investigates materials that could one day bring faster computing and more efficient solar cells. The behavior of these electrons is one that could be exploited in future technologies. Materials scientists from the Georgia Institute of Technology and South China University of Technology co-authored the paper. Silicon’s electronic behaviors have driven modern advances in technology, but to extend our capabilities, researchers are exploring new materials.

Currently we can convert sunlight into electricity using solar panels on homes and other buildings, said Gonghu Li, associate professor in chemistry and materials science.

Scientists know a lot about photocatalysis based on large groups of nanoparticles, but the new technique allows researchers to study what occurs in individual nanoparticles. Solar modulation is the amount of solar energy that the vanadium dioxide material can control at low and high temperatures. Graphene is the strongest, thinnest material known to exist.

Researchers have been turning their attention to renewable energy for producing low-cost hydrogen. A Princeton-led study has revealed an emergent electronic behavior on the surface of bismuth crystals that could lead to insights on the growing area of technology known as “valleytronics” . The term refers to energy valleys that form in crystals and that can trap single electrons. These valleys are not literal pits in the crystal but rather are like pockets of low energy where electrons prefer to rest. These valleys potentially could be used to store information, greatly enhancing what is capable with modern electronic devices.

In the new study, researchers observed that electrons in bismuth prefer to crowd into one valley rather than distributing equally into the six available valleys. The existence of six valleys in bismuth raises the possibility of distributing information in six different states, where the presence or absence of an electron can be used to represent information. This behavior creates a type of electricity called ferroelectricity, which involves the separation of positive and negative charges onto opposite sides of a material. The finding confirms a recent prediction that ferroelectricity arises naturally on the surface of bismuth when electrons collect in a single valley. The researchers detected the electrons congregating in the valley using a technique called scanning tunneling microscopy, which involves moving an extremely fine needle back and forth across the surface of the crystal. 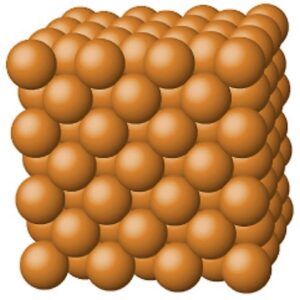 Crystals consist of highly ordered, repeating units of atoms, and with this order comes precise electronic behaviors. Valleytronics attempts to manipulate electrons to occupy certain energy pockets over others. The finding that electrons prefer to cluster in a single valley is an example of “emergent behavior” in that the electrons act together to allow new behaviors to emerge that wouldn’t otherwise occur, according to Mallika Randeria, the first author on the study and a graduate student at Princeton working in the laboratory of Ali Yazdani, the Class of 1909 Professor of Physics.

Physicists from the University of California, Irvine have discovered a new way to control magnets at the nanometer scale by electric current. The student team has come up with a catalyst, cobalt boride that can efficiently extract hydrogen gas from ammonia borane by hydrolysis at room temperature. Nanoparticles are becoming increasingly widespread in our environment.

The Process Is Similar To Hydrogen Fuel Cell...