Live coverage of the countdown and launch of the 18 m tall Electron rocket from Launch Complex 1 on Mahia Peninsula in New Zealand carrying three U.S. military-sponsored experimental satellites into orbit on the STP-27RD mission. It will be Rocket Lab‘s second launch of the year, but the payload will be the heaviest it has yet handled at more than 180 kg. 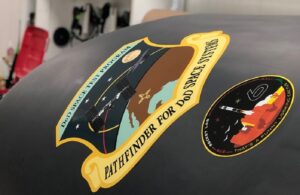 Yesterday was the first day of the window, but the launch to conduct additional payload checks. Here is the Falcon Orbital Debris Experiment (Falcon ODE), sponsored by the United States Air Force Academy, which will evaluate how effectively space junk. The second is the Air Force Research Laboratory Space Vehicles Directorate (or AFRL RV), a joint Swedish-US experiment to explore technology developments in avionics miniaturisation, software-defined radio systems, and “space situational awareness”. The third is the Harbinger, a commercial small satellite built by York Space Systems to demonstrate the ability of an experimental commercial system to meet government customer. 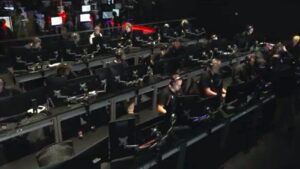 The launch site during a four-hour window that opened at 2 a.m. EDT (0600 GMT; 6 p.m. local New Zealand time) on Saturday. The mission, called “That’s a Funny Looking Cactus”, is Rocket Lab’s second Electron launch of 2019 and the fifth orbital flight of the small-satellite launching vehicle overall. Rocket Lab’s launch of 2019 and the fifth orbital flight, launching 6 of their Dove imagery satellites. It will be carrying three experimental satellites to low Earth orbit, and you can watch it live.

The liftoff of Rocket Lab is a private New Zealand launch site, kicking off the STP-27RD mission. STP-27RD, will loft three research-and-development craft, to Earth orbit for the Air Force’s Space Test Program.

In its sixth overall mission, Electron launched the SPARC-1, Falcon ODE, and Harbinger satellites into orbit, as part of the Space Test Program (STP).